The Importance of Slowing Down the Aging Process and Staying Young

This post was written by Linda Brown and Published on February 21, 2020

Perhaps the apparent desperation of some people to turn away the signs of aging and maintain their youthful appearance has surprised you at some point. What some people are willing to do to achieve this can range from healthy and mundane to flat out dangerous and funny. If you were fully aware of the reasons for this fear of aging, you would probably follow this example. Read this to find out why you want to do everything you can to slow down your aging.

There’s nothing abnormal about aging – it’s natural. As human beings, we expect to go through a process that begins with birth and ends with death. This process is called aging. It’s inevitable. The best we can do is to slow down the process, but we cannot stop it completely. We can consider aging as part of the Creator’s plan to maintain balance in the human population and perhaps make life more exciting. Imagine what this world would be like if everyone, including our dead ancestors, did not age as and young children continued to be born. It is not the reality of aging itself that frightens many, but the challenges it presents.

For a long time, aging was associated with experience and wisdom, and with it came adoration. It was believed that older people knew better, were respected, and their guidance was appreciated. Although this does not mean that older people are now less wise or experienced, the degree however of respect shown to this group of people has gone down. So much so that one can make the mistake of thinking that being old is a curse.

From the above, it is easier to understand why almost everyone seems desperate to do something to delay the aging process. Here are some considerations which may interest you in preventing the signs of aging as much as possible.

Older people are increasingly discriminated against in the labor market because employers prefer younger workers. It is now said that age discrimination in the workplace is omnipresent as more and more baby boomers reach the age of 50. This practice is considered illegal in all states of the United States, but only about 20% of employees are over 55 years old. The Age Discrimination Employment Act (ADEA) of 1967 states that it is illegal to refuse to employ a person 40 or older on the basis of age, but it is not illegal to give preference to older people over younger applicants. However, complaints about age discrimination among older people continue to grow. In 2013, the US Equal Opportunities Commission (EEOC) received over 21,000 complaints about age discrimination compared to just over 17,800 9 years earlier. On average, people aged 55 and over need more than three months to find a job than younger people.

The poor career prospects available to middle-aged and elderly people mean that they are less able to earn enough money to live on. The poverty rate in the 55-64 age group has increased from 8.6 to 9.4, the second highest increase since 1983. – It is not surprising that some retirees want to return to work. It is estimated that about 37% of older workers are willing to accept wage cuts instead of being laid off. Of those who are still working, less than a third have sufficient or almost sufficient savings for retirement. They may be able to improve their ability to get a job and enjoy a better standard of living while still looking young.

Aging is associated with various diseases and health problems. The body’s cells, tissues and organs degenerate with age, making them more susceptible to various diseases such as cardiovascular disease, diabetes and cancer. If you take steps to slow the aging process, you can enjoy better health and longevity. Your muscles and bones will be strengthened to such an extent that you will be almost as energetic as someone a few years younger.

People’s ability to go out with friends and have fun often diminishes with age. This is not necessarily related to the illness and fragility we often experience. No wonder older people suffer from loneliness. Some of the steps that are taken to slow down the aging process can improve their mood and increase their ability to socialize.

If you still want to fall in love even after 50, there is another reason why you want to make an effort to avoid the appearance of signs of aging. A younger look will help you attract younger people into a romantic relationship. The energetic drive you will have will also be very helpful in keeping the relationship exciting by working together.

What can you do to age slowly? 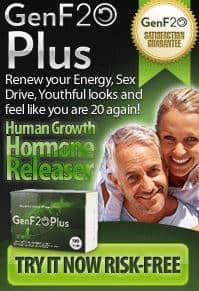 Fortunately, there are some things you can do to combat the signs of aging. Here are some ideas to help you get started:

Make sure you eat a healthy diet – nutrition plays a very important role in slowing down the aging process. Knowing what to eat can make a difference. Eat more fruit and vegetables and food rich in high quality protein, healthy fats and Sulfur. Carrots, garlic, broccoli, cabbage, avocado, salmon, organic foods and all kinds of berries are some of the foods that should be included in your diet. Fermented foods should be avoided as much as possible and processed foods and refined carbohydrates should be avoided. Gluten, dairy products and other foods that are often associated with food intolerance and cause inflammation should also be avoided.

Exercise – This is very important for people of all ages to maintain good health and a perfect body. Exercise is good for different systems of the body, including the cardiovascular system which then helps you have a younger appearance. It helps increase the production of mitochondria, small organelles in cells that convert nutrients into ATP. Mitochondria, considered the body’s driving force, determines its healthy appearance and life span. Exercise causes the Adenosine Monophosphate-activated Protein Kinase (AMPK) to produce more mitochondria for more energy and better fat burning. The enzyme can also be useful for people suffering from insulin resistance.

Using dietary supplements – Sometimes we cannot get enough nutrients from the food we eat, and this makes it necessary to remedy this deficit in other ways. Vitamins A, B and C, Omega 3 fatty acids, magnesium, iron, zinc and CoQ 10 enzyme supplements will be helpful. HGH supplements and resveratrol are also commonly used to slow aging and promote a younger appearance.

Given the reality looking at your face, of course you need to start taking steps to slow down the aging process and maintain a youthful appearance, especially if you are in your fifties. This will help improve your overall quality of life.

About the Author: Linda Brown